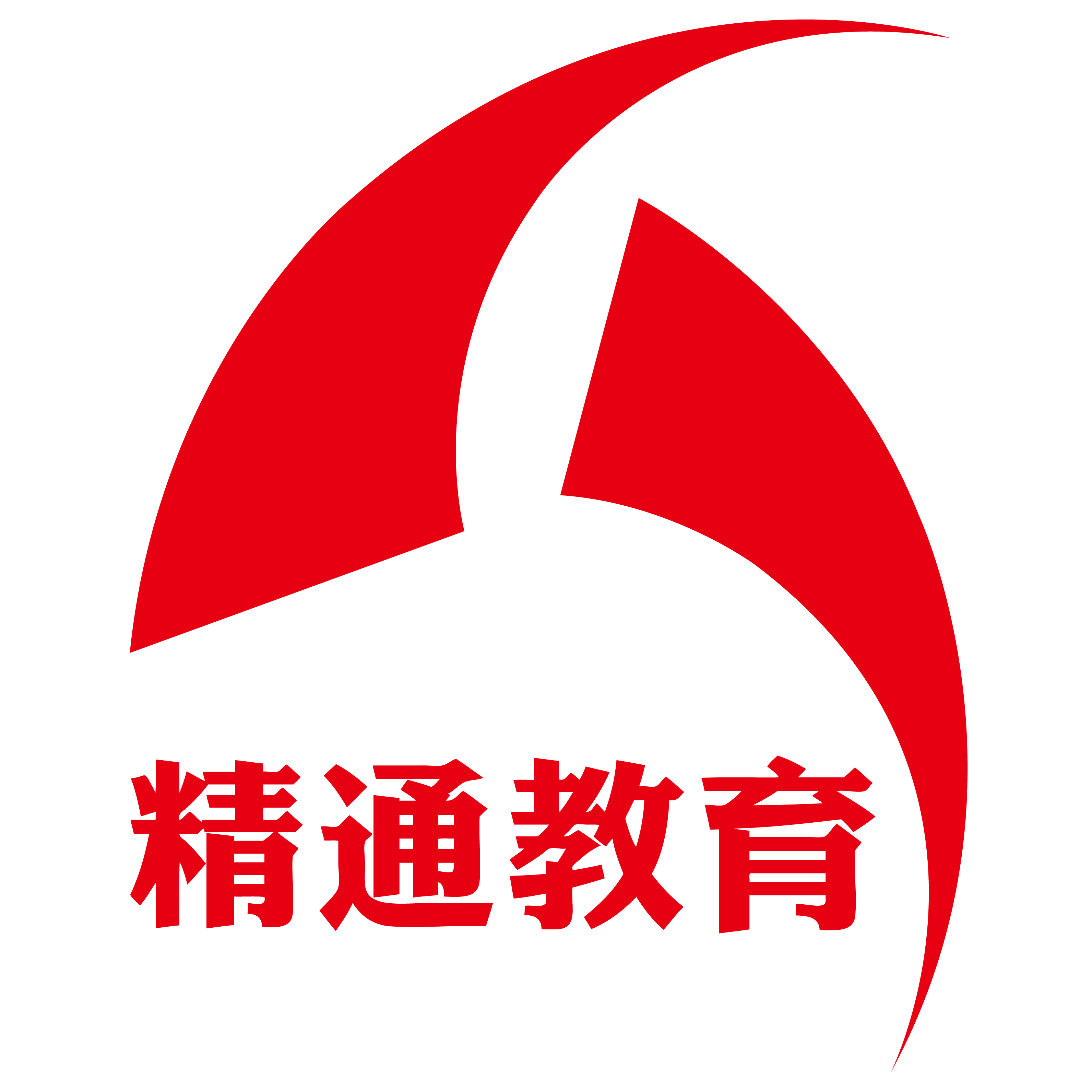 Part II Reading Comprehension (50 points)
Directions: In this part there are four passages. Each passage is followed by five questions or unfinished statements. For each of them, there are four choices marked A. B, C and D. You should decide on the best choice and mark the corresponding letter on the Answer Sheet with a sing line through the center.
Passage 1
An Adjustment to Price
Most American people hate repeating the same work endlessly, especially those who live in the West America. They try their best to make their life colorful and their work interesting. If they have to do the same regular work endlessly, they'll try to do it in different ways. Repetition and monotony are what they can't stand.
In the West of America there is a beautiful old mountain village which is well known for its straw hats. The villagers there can make many different styles of hats-hats for old gentlemen, for sweet and playful children and for beautiful young ladies. People often go there to buy hats.
One day there came a young tourist who entered a millinery shop and found a very nice hat costing five dollars. He said to the shop-keeper, "If you agree to sell at a cheaper price, I'd like to buy two hundred hats of this style." "No, you should pay me at least ten dollars each if you wish to get so many hats of the same style." The tourist could not understand.
"How's that?
"Well," said the shop-keeper.
"If you buy only one hat of this style, I can make it easily. If you order two hundred hats of different styles. I can also manage the business without much difficulty. However, it will bore me almost to death if you want me to make two hundred hats of the same style. So you should at least pay double price."
61. This story tells us ______.
A. that the American people don't want to do the same work again and again
B. how to buy a hat
C. that the straw hats were sold only to the mountain village
D. the price will be cheaper if you buy a lot of hats of the same style
62. How much did the nice hat cost?
A. Ten dollars were paid.
B. It cost five dollars.
C. It cost ten dollars.
D. It cost at least ten dollars.
63. The answer of the shop-keeper really made the tourist ______.
A. frightened
B. puzzled
C. Shocked
D. amused
64. Why did the shop-keeper demand the tourist to pay him double price for two hundred hats of the same style?
A. Because the shop-keeper couldn't make two hundred hats of the same style.
B. Because the shop-keeper hadn't enough straw to make the hats.
C. Because the shop-keeper didn't want to sell him so many hats.
D.Because the shop-keeper couldn’t stand repeating the same work endlessly.
65. "It will bore me almost to death" means ______.
A. that the shop-keeper was dying
B. that the shop-keeper was bored and would die at once
C. that it would be too long and tiring for the shop-keeper
D. it would tire out
Passage 2
It is exciting to apply for a job that really interests you. In making your application, there are a number of points for you to observe.
In your letter of application, aim to say just enough to introduce yourself. If you are answering an advertisement, any information for which it asks must, of course, be given. This will usually cover your school record and any further education and training. You may also be asked to give the names of one or two persons to supply references. For this purpose you should choose people who know you well enough about your character and ability; and you should also ask for their permission to be named as referees.
It will depend on circumstances how much you can usefully add about yourself. Your purpose is to bring to the notice of the boss any good reason why you rather than any of the other applicants(申请人) should be chosen for the job. If therefore you feel you have any special skill for the work or, for example, any particular interest in the line of the business, let this be known.
Finally, there is your use of language. You cannot go wrong if you keep your sentences and paragraphs short, making sure the sense is clear and well expressed. Choose plain words so long as they can express your meaning.
66．The aim of writing a letter of application is to ________.
A．tell the boss your school record
B．express why you are most suitable for the job
C．show your character and ability
D．give enough information about yourself
67．In your letter of application try to ________.
A．keep it as short as possible
B．give more information about your education and training
C．tell enough information in a few words
D．cover your school record fully
68．The author suggest you choose ________ so long as they can express your thought well.
A．simple words           B．ordinary words
C．direct words            D．words easy to understand
69．The underlined word “referees” means a person ________.
A．who is willing to comment on your character and ability
B．who writes reference books on bosses
C．to whom you are going to work
D．who is to examine the matter
70．The best title for this passage could be ________.
A．How to Find a Job
B．The Best Way to Write a Letter
C．Writing Letters to One's Boss
D．How to Write a Letter of Application

Part III. Translation (20 points)
Directions: In this part, there is one passage in English. Read the passage carefully and translate it into Chinese.
Learning English has been almost a trying experience for me, one that I wouldn’t trade for anything. Not only did learning English teach me the value of hard work, but also gave me insights into another culture, and my mind was opened to new perspectives of judging things. The most exciting result of having learned English is that I am able to communicate with many more people than before. Talking with people is one of my favorite activities, so the newly learned language allows me to meet new people, participate in conversations, and form new and unforgettable friendships.

Part IV. Writing (20 points)
Directions: For this part, you are required to write a composition of 120 to 180 words. Your writing should be based on the title and outline given below.
College Students’ Part-time Jobs
1. 大学生兼职的好处
2. 大学生兼职的坏处
3. 自己的观点